Dad’s Stick features three well-used objects that were shown to the artist by his father shortly before he died.  Two of these were so steeped in history that their original forms and functions were almost completely obscured.  The third object seemed to be instantly recognizable, but it turned out to be something else entirely.  Focusing on these ambiguous artifacts and events relating to their history, Dad’s Stick creates a dialogue between abstraction and literal meaning.  Looking back over half a century, the work explores the contradictions of memory to create an oblique portrait of “a perfectionist with a steady hand”.

“Dad’s Stick is a lovely tribute to Smith’s father, but it’s also a witty game of form. What seems at first to be a voluptuous abstract painting turns out to be something more mundane, but now mysterious in its accidental beauty.” David Bordwell, An Evening with Mr Smith, 2015

“A minimalist consideration of the tools used by Smith’s father, the film succinctly touched on the way memory is bound into the flotsam and jetsam we leave behind. Smith slices open a paint stirrer used by his dad since the 1950s, revealing the colourful circles of dried paint that have accumulated around each other like the rings of an aged tree stump. The stick bears witness to his father’s existence, retaining the evidence of his activity and even marking his changing taste in colours.”    Dylan Cave, Sight and Sound, 2013

“Smith has always been fascinated by the competitive relation between language’s denoting an object and an image’s representing it. Dad’s Stick is the latest instalment in a series of works which exploit, for dramatic potential, the ambiguity between these alternative forms of signification. The film’s opening image is a multicoloured field of striated colour which appears, projected onto a gallery wall, to be a large-scale abstract colourfield painting. It is qualified by a line of superimposed text: ‘My Dad did a lot of painting’. We naturally assume that this must mean painting as art, until it becomes clear, at the end of the film, that the colour field was, in fact, a close-up of a cross-section of a paint-encrusted wooden stick that Smith’s father used over many decades to mix household paint before applying it to the walls of his house. Timeless abstraction is exposed as dense with compacted time, like the rings of a tree trunk, while art is exposed as an illusion concealing an artisanal truth. And yet, of course, Dad’s Stick is an art film, and declares itself as such. Its monochrome backgrounds reference modernist painterly abstraction, as its Helvetica captions are a stylistic convention of conceptual art. But this form of allusion is implicitly questioned by the objects in the film – a wooden stick that has become a magic chromatic wand; a cup for mixing paint that is so encrusted it resembles a sea shell. They have become emblems of the resistance of reality to being represented by the images through which Smith is nevertheless revealing them to us.”   Mark Prince, Die Welt, 2013

“A finely woven series of minute details enrich and enable the deep and colourful dive into the personal palimpsest of memories that are powerfully gathered in Dad’s Stick.”   Statement of the International Jury, Oberhausen Short Film Festival, 2013

Dad’s Stick was commissioned by the Frieze Foundation for Frieze Art Fair. 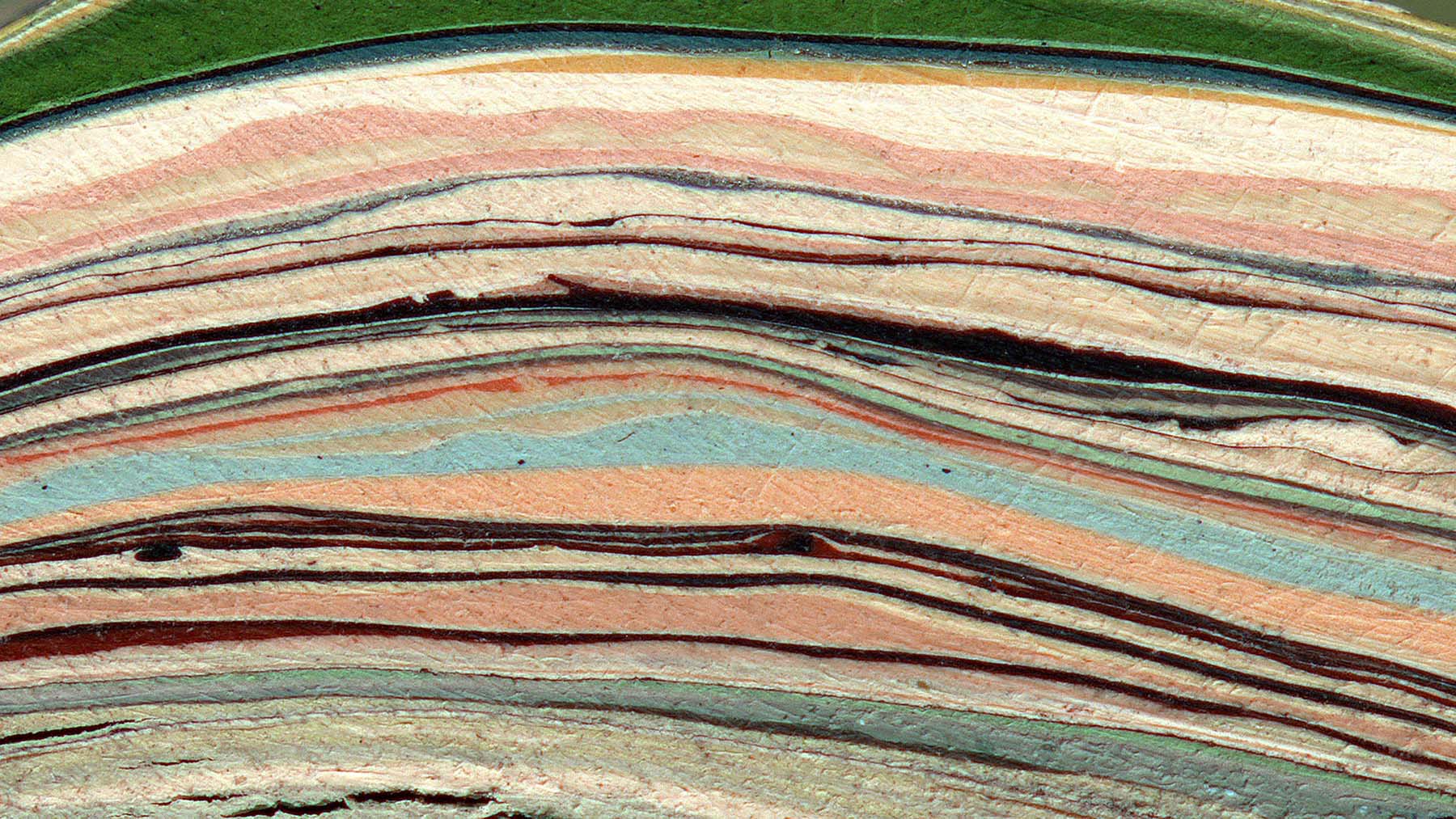 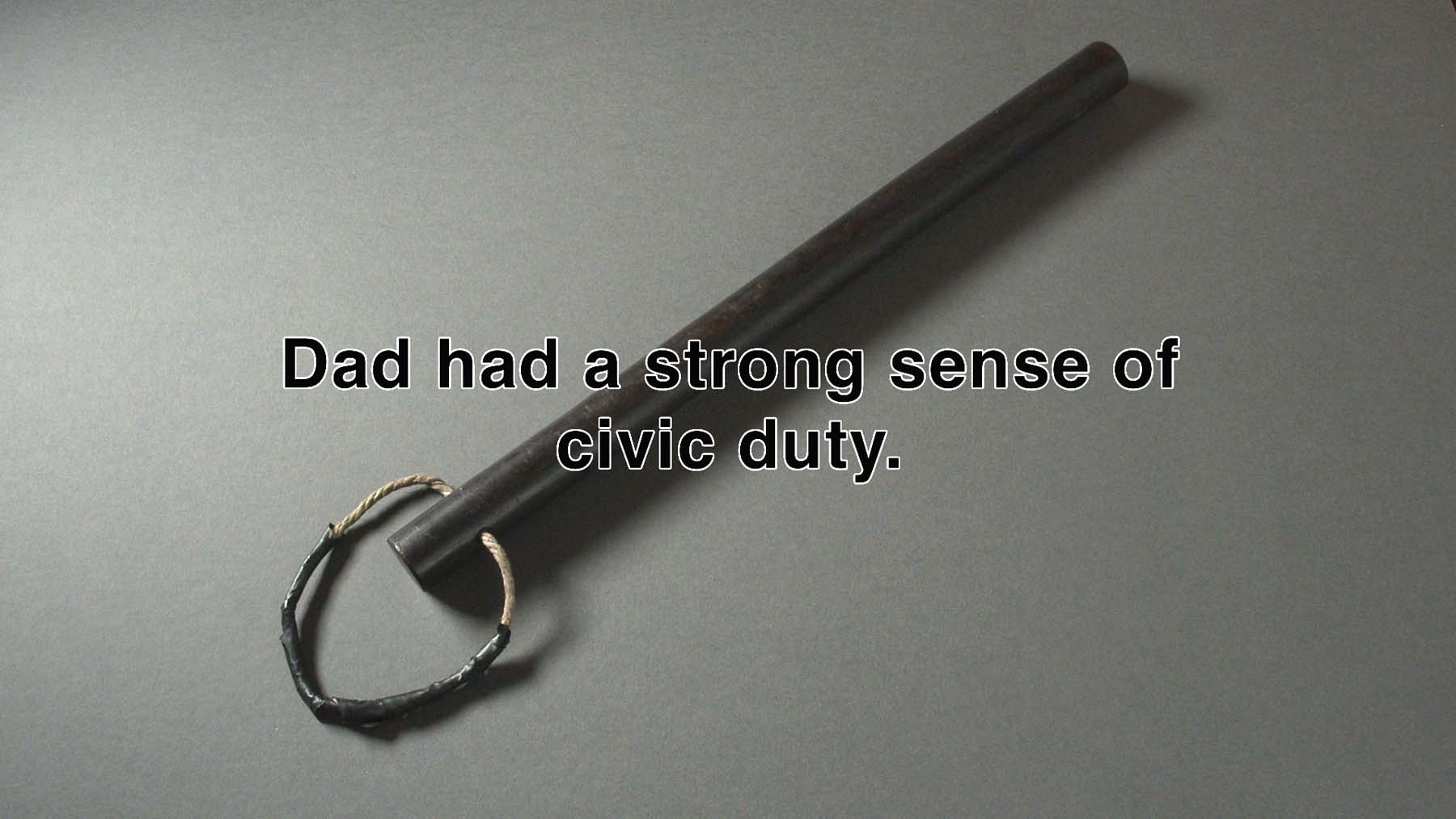 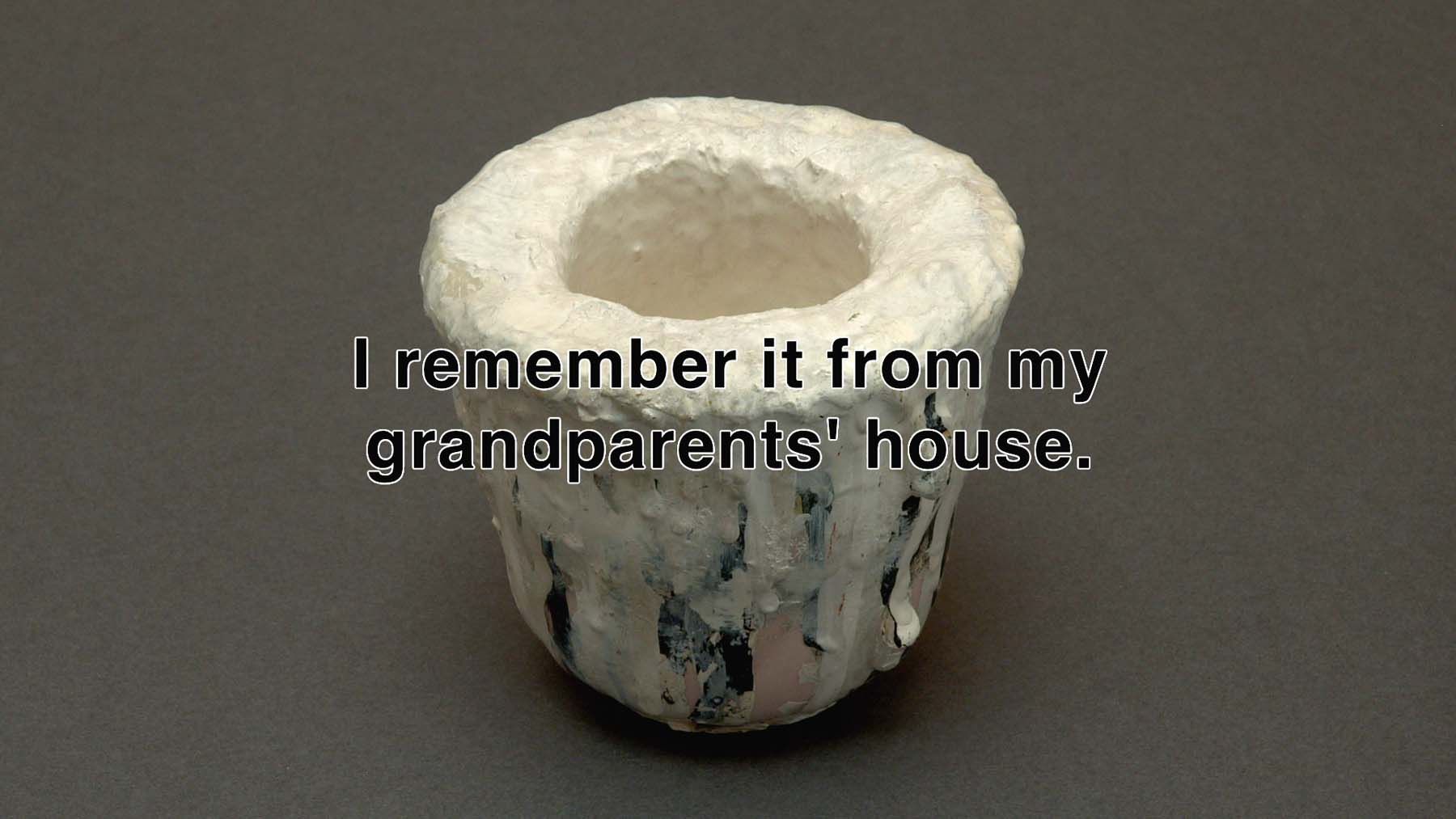 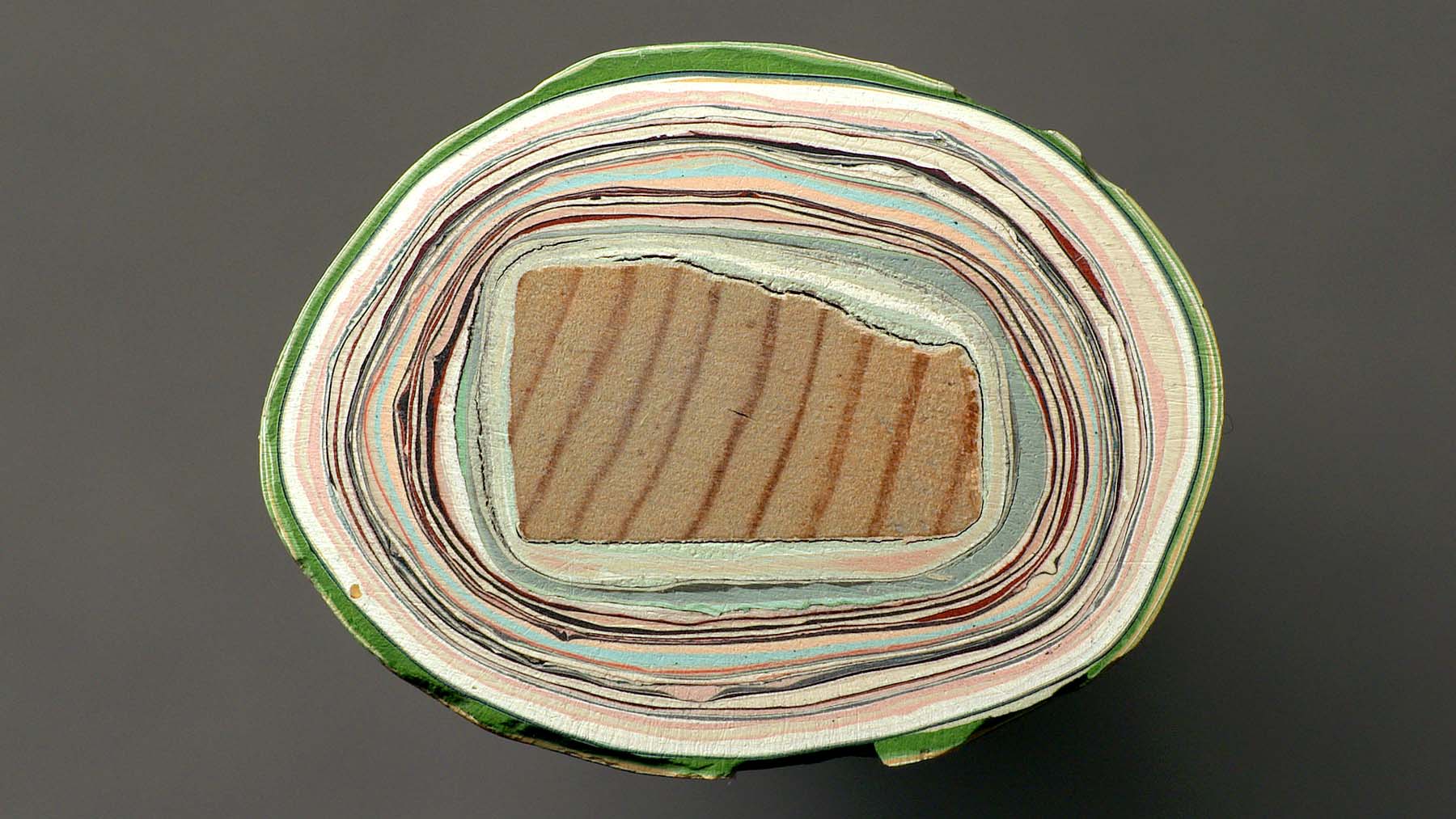