An improvisation recorded over the course of one day, starting at dawn and finishing after dusk.  The film was edited in camera and shot from one camera position in the middle of one of the 112 football pitches that cover Hackney Marsh, a location chosen because of the similarities between the surrounding buildings and objects (identical blocks of flats, goalposts etc.). By cutting between precisely matched framings of similar objects, illusions of movement were produced, disrupting representational readings of the landscape. Unforeseen events occurring in the vicinity were also recorded, determining to some extent the subsequent filming. Through selection of shots and changes in cutting pace and speed of camera movement, the film fluctuates between record and abstraction.

“The film takes on a ‘motif’ in the painterly sense of Cezanne: a detached observer translating a scene onto a surface. To the forefront is a phenomenological process of experience in constructing a visual world from a set of visual fields through abstraction, repetition, movement, selection, which in no way mimics human visual response (e.g. eye movements) but translates them into a filmic construction.”    Michael Maziere, Undercut magazine 1984 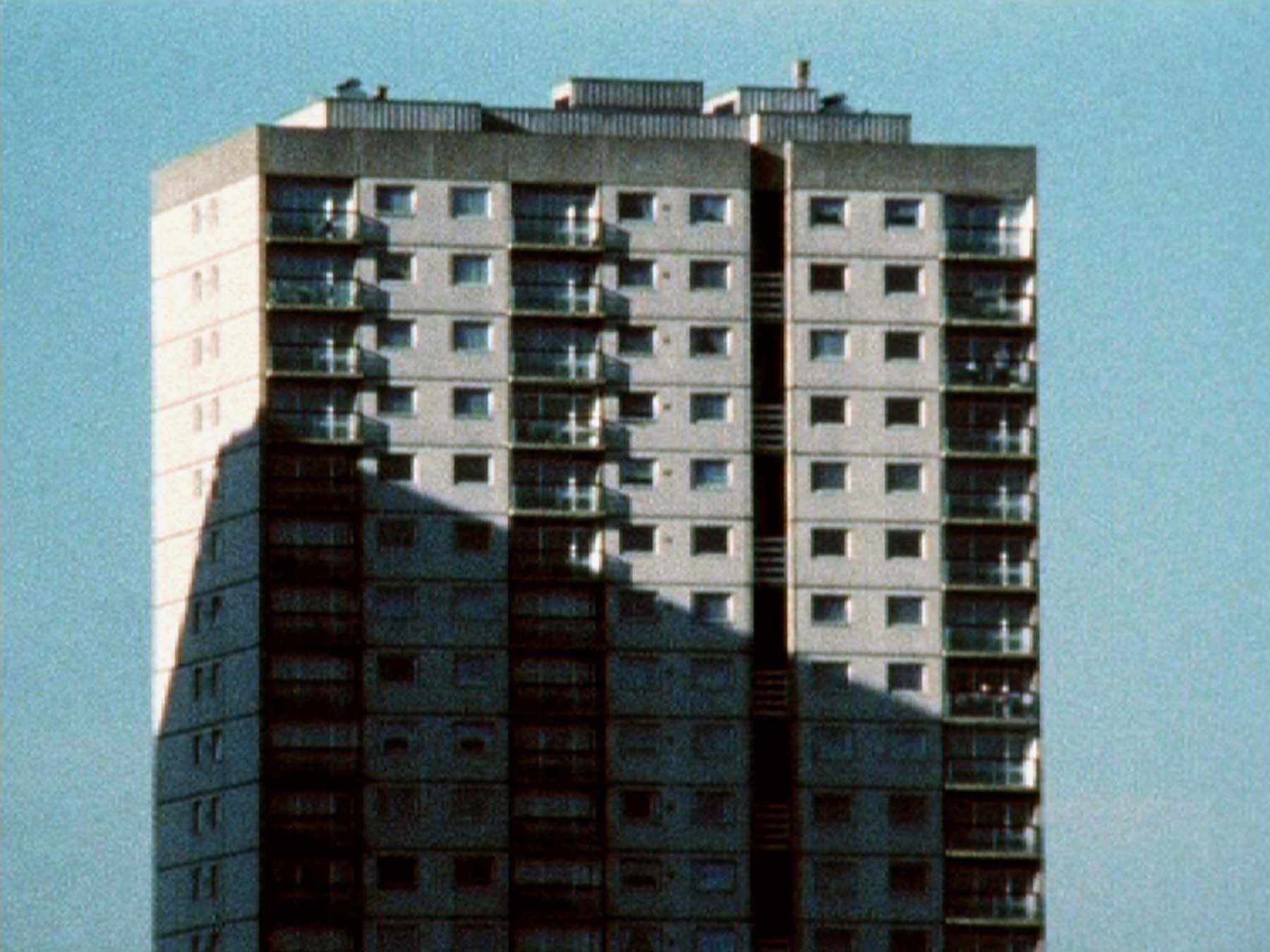 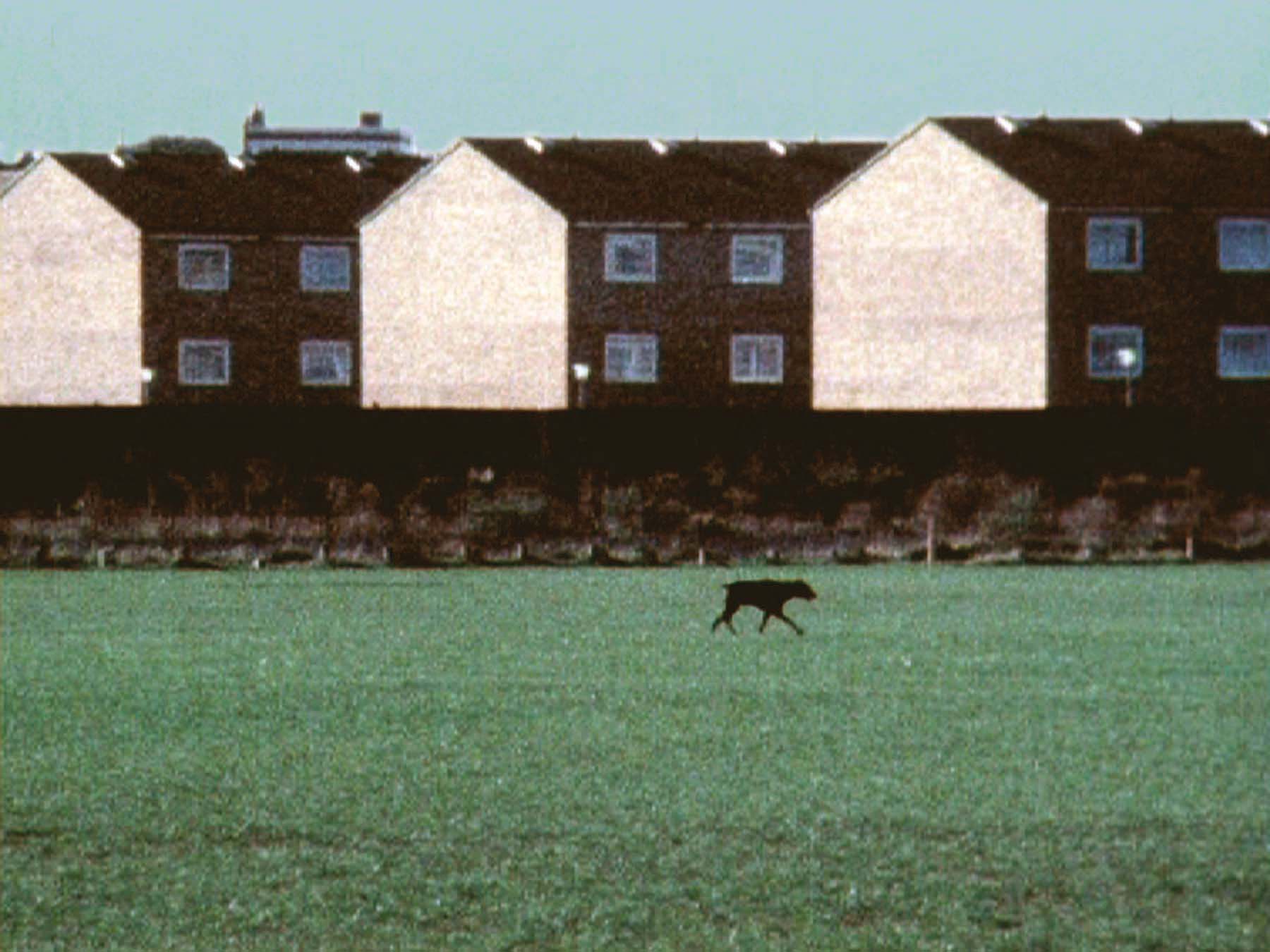