Made over six years in the hotels of six different countries, Hotel Diaries charts the ‘War on Terror’ era of Bush and Blair through a series of video recordings that relate personal experiences to the ongoing conflicts in Afghanistan, Iraq and Israel/Palestine. In these works, which play upon chance and coincidence, the hotel room is employed as a ‘found’ film set, where the architecture, furnishing and decoration become the means by which the filmmaker’s small adventures are linked to major world events. Works in the series include Frozen War (Ireland, 2001), Museum Piece (Germany, 2004), Throwing Stones (Switzerland, 2004), B & B (England, 2005), Pyramids/Skunk (The Netherlands 2006/7), Dirty Pictures (Palestine 2007) and Six Years Later (Ireland 2007).

Hotel Diaries can be screened either as a single work or as individual parts (with the exception of Six Years Later, which is only available as part of the compilation). It can be shown either in a traditional cinema space or as a multi-monitor gallery installation (see image below).

“On October 8th 2001, a few weeks after the September 11th attack on the World Trade Centre and two days after the USA and Britain started bombing Afghanistan, I was at the Cork Film Festival in Ireland. Returning to my hotel room late at night, I switched on the television, intending to catch up on the latest news. Expecting to see a moving image, I was surprised to discover that the close-up of a man’s face that filled the screen was completely still, frozen in time. I watched the screen for several minutes but nothing changed, and the clock in the corner of the screen remained stopped at 1.41. What was happening? Why wasn’t the image moving? Worried and confused, I picked up my video camera and attempted to talk about what was going on inside my head. I had no idea at the time that this spontaneous recording was the start of a project that would occupy me for the next six years.” John Smith

“Several years ago I watched John Smith’s Hotel Diaries at a festival in Tampere, and left the theatre with the feeling that my idea of what film could and should do had changed forever. These short films made in uncomfortable hotel rooms where the director stayed – almost impromptu, without any budget, with a small amateur camera and his own voice – keep the viewer’s attention just as well as a good thriller, although they have nothing in common with one. Smith does not look for ‘beautiful’ and large-scale shots as an occasion to express himself. Some little thing in an utterly unremarkable hotel room is quite enough for him to launch a chain reaction of associations and cause and effect relations in our heads. They take us so far from the two-dimensional everyday ‘reality’ on the screen that the inevitable return to the ‘here and now’ of the filming location resembles the sudden wakening up from sleep.”  Mikhail Zheleznikov, ‘Message to Man’ Film Festival, St. Petersburg.

“Nothing in John Smith’s long career as Britain’s wittiest maker of avant-garde films suggested that he would turn his deadpan gaze on the plight of the Palestinian people, yet this is the theme that slowly comes to dominate the diary pieces that Smith made during his travels around film festivals. Shandy-esque observations on his immediate surroundings gradually turn into a sustained reflection on what it would be like to be trapped in Palestine. Finally, Smith finds himself in Israel, able to see the territory that has begun to obsess him. A deeply engaging work that provokes an unexpected comparison with the master of oblique polemic, Chris Marker.” Ian Christie, ‘Best of 2008’, Sight & Sound.

“At once politically concerned and very funny, these brilliantly structured ramblings connect the observations of his surroundings with the horror of world events in consistently surprising ways.” Maximilian Le Cain, Film Ireland Magazine. 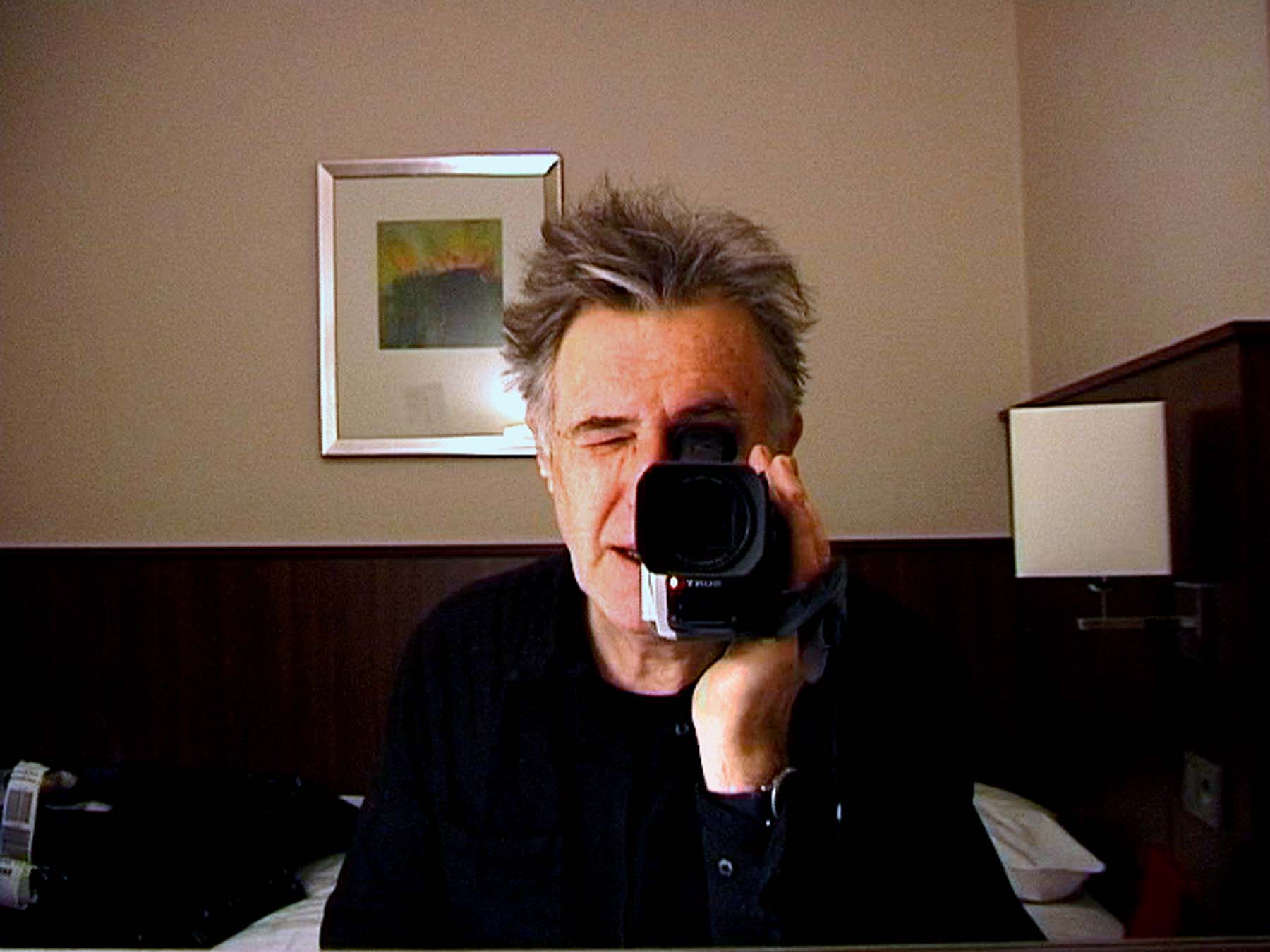 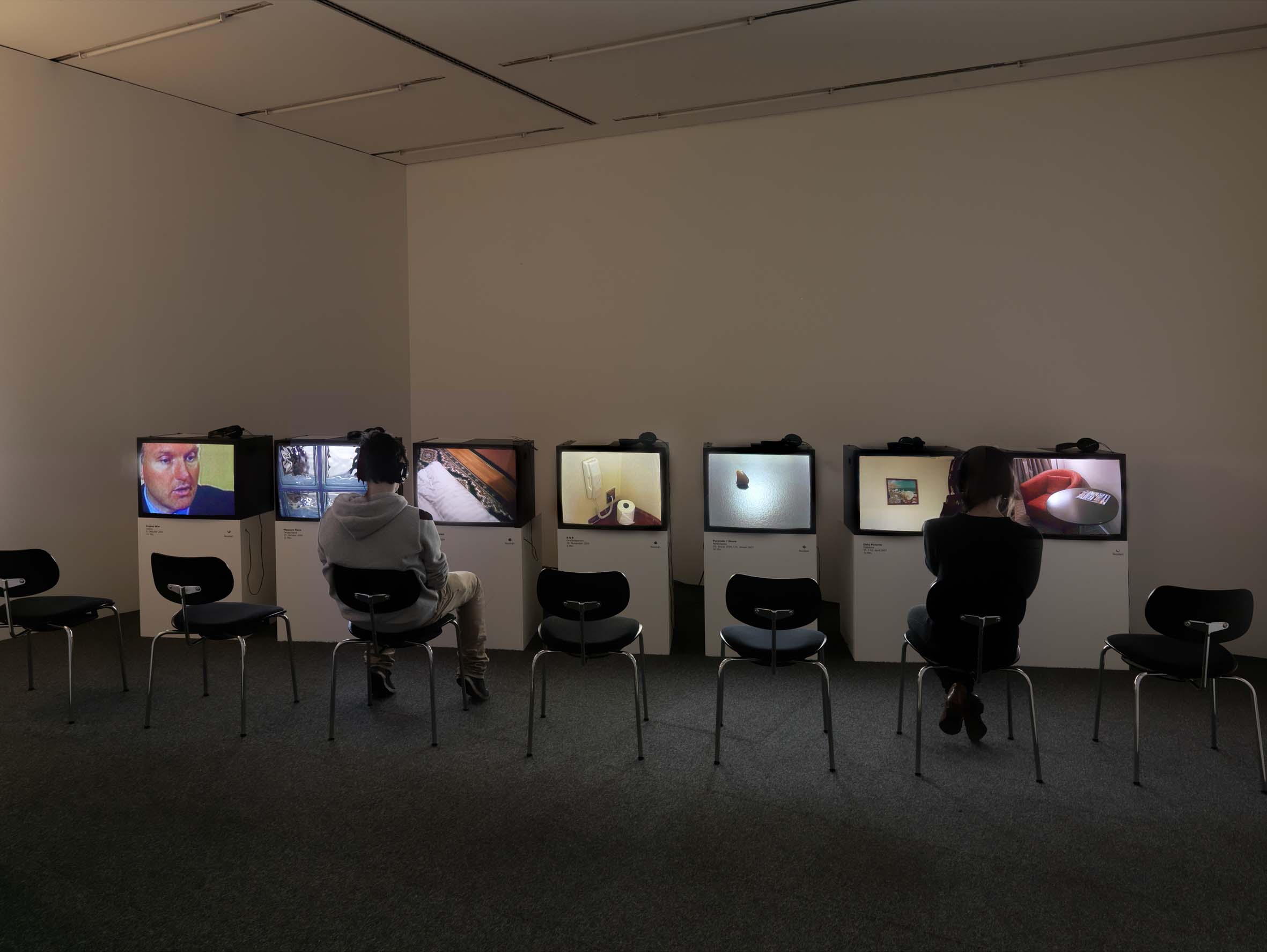