“A particularly beautiful lily seems to grow before our eyes, gradually changing shape; what sounds like breathing on the sound track gives it an almost human presence. Suddenly the sound and movement stop as a glass plate, invisible until now, cracks – and it seems we’ve been watching, in Smith’s words, ‘the forced development of a hothouse flower’.

The effect is not only iconoclastic in the word’s original sense — image breaking — but causes the viewer to question the degree of artifice in all “nature” today. The glass shattering converts what had appeared to be a transparent window into a barrier, reminding us of the camera lens, projection apparatus, and video screen. And because the flower and its transformation were so engaging, the shattering shatters our involvement and evokes the way in which every image we see is filtered through an individual’s consciousness, a consciousness foregrounded by the video’s end.”    Fred Camper, Chicago Reader, 2001. 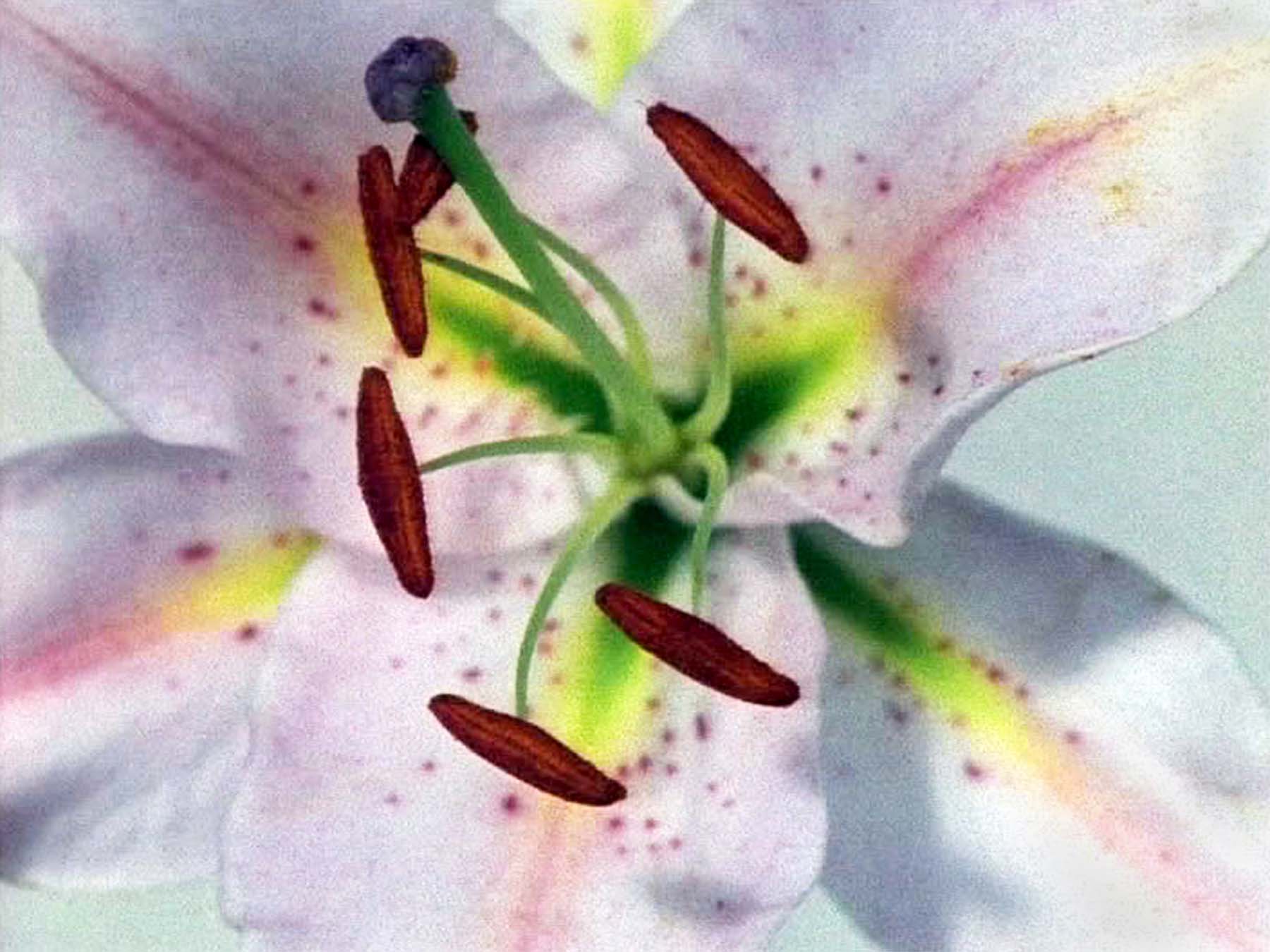 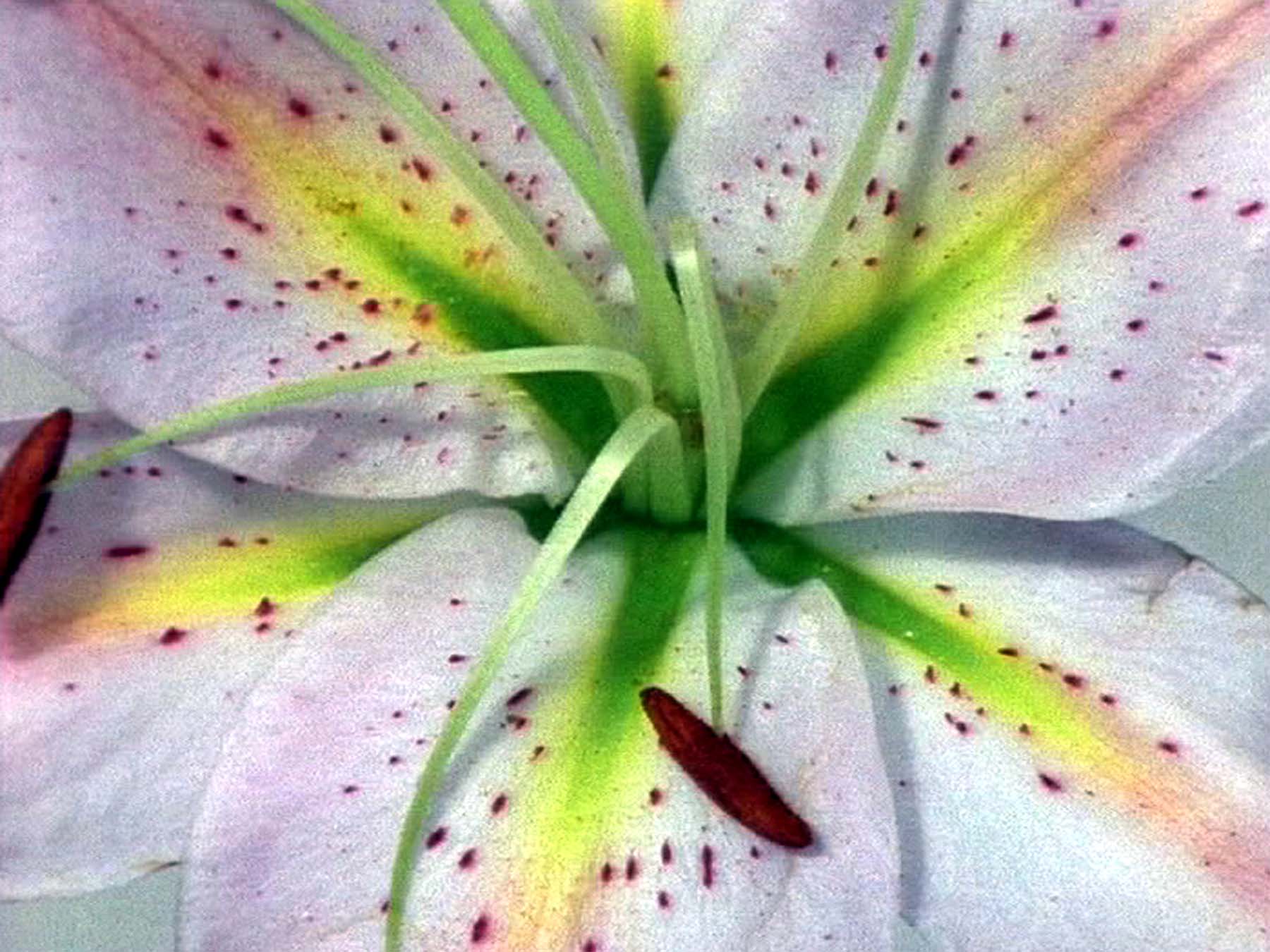 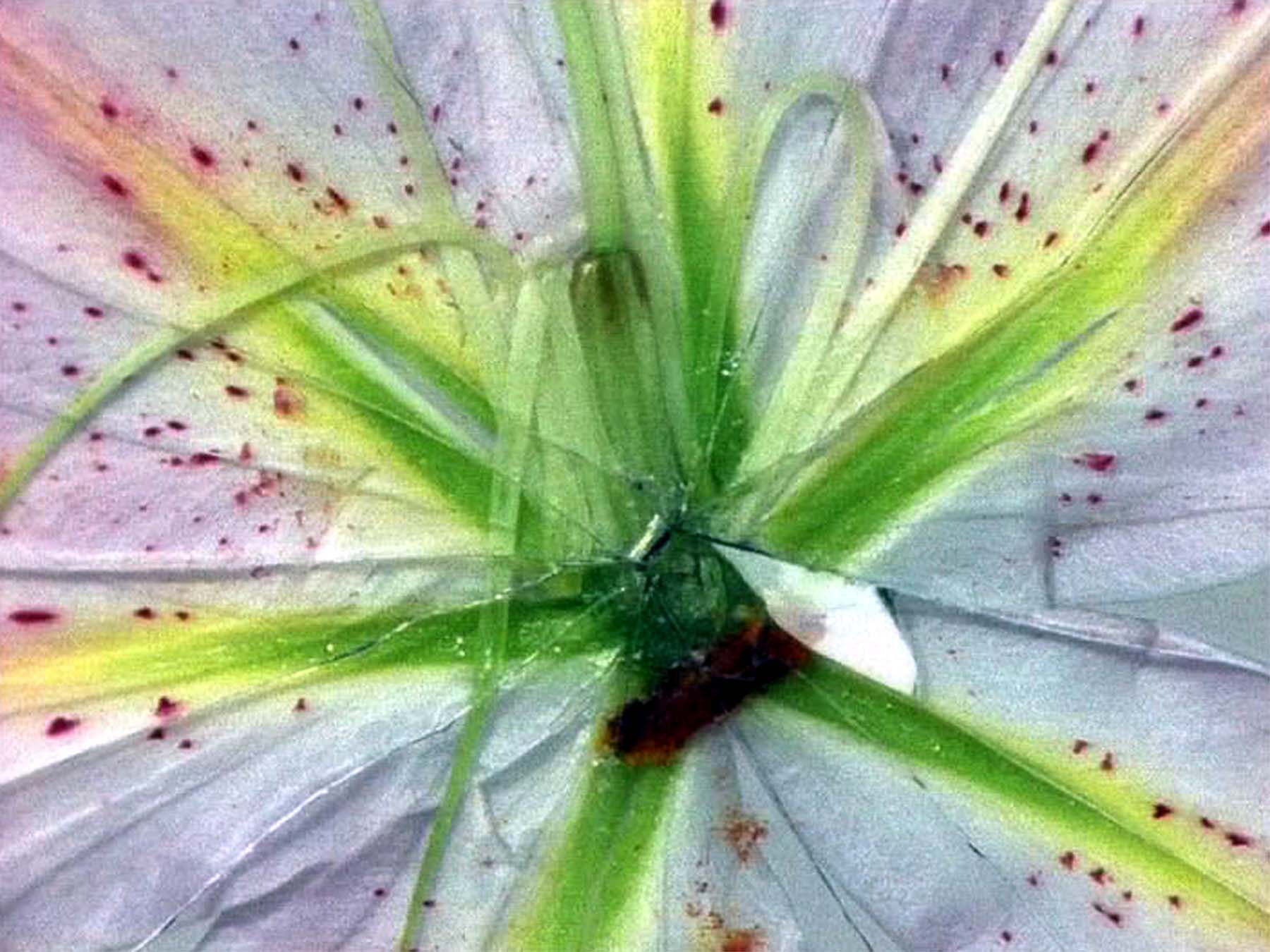