Revisiting the original locations of The Girl Chewing Gum after three and a half decades, The Man Phoning Mum retraces its camera movements and superimposes new material upon the old. Black and white passers by from 1976 meet their colourful present day counterparts in the well-trodden street, oblivious to each other’s existence.

“… So, thirty-five years later, in a cultural moment now characterised by reflex nostalgia, you return to the same street corner – and the same field, or at least that’s the aim – and film again and layer the new film onto the old, the girl chewing gum and her momentary compatriots flickering through crisp video like monochrome celluloid ghosts, past and present interlaid. The fact that you’re using a different recording medium now is far from all that’s changed. The archetypal figure, here, signposted by the title The Man Phoning Mum, is toting a compact technology inconceivable in the year of Punk, a mobile phone. Dalston, too, has transformed in some ways; your street corner is still opening onto a vaster world – it’s now part of an East End whose increasing gentrification partly devolves from artists living there and galleries opening there (a sociological footnote that could dwarf this text) – while being also as polyglot as ever. Meanwhile, ‘fifteen miles away’, you cannot find the field. Believe that one or don’t.

… For the past four decades Smith’s art has organised itself, deftly and inventively, around the fascinations semaphored by The Girl Chewing Gum and The Man Phoning Mum: the local as generous world-enfolding microcosm, the power of language to direct and misdirect, how film might compress time, the ambient or hard-to-see issues that might be foregrounded as a result and, relatedly, the questionable veracity – the dangerously trustable surface and hidden mechanisms – of Smith’s chosen medium.” Martin Herbert, ‘Mediate the Immediate: On John Smith’, 2013

“… Now, the filmmaker’s awry study of perception and the social gaze has reappeared for this exhibition, joined by his 2012 video The Man Phoning Mum, in which the earlier work is overlaid with color versions of scenes shot thirty-fives years later, in the same locations, from the same perspectives. The films play in sync, and temporalities are transposed, so that human and architectural ghosts seem to move among the living. Here, past and present are separated by a thin, celluloid barrier. The show’s political potential lies in how it returns tangibility to passing time, all while Smith’s casually clever methods pull down the viewer’s guard, allowing the films to do their subtly startling work.” Mitch Speed, ‘John Smith at Tanya Leighton’, ArtForum, 2017 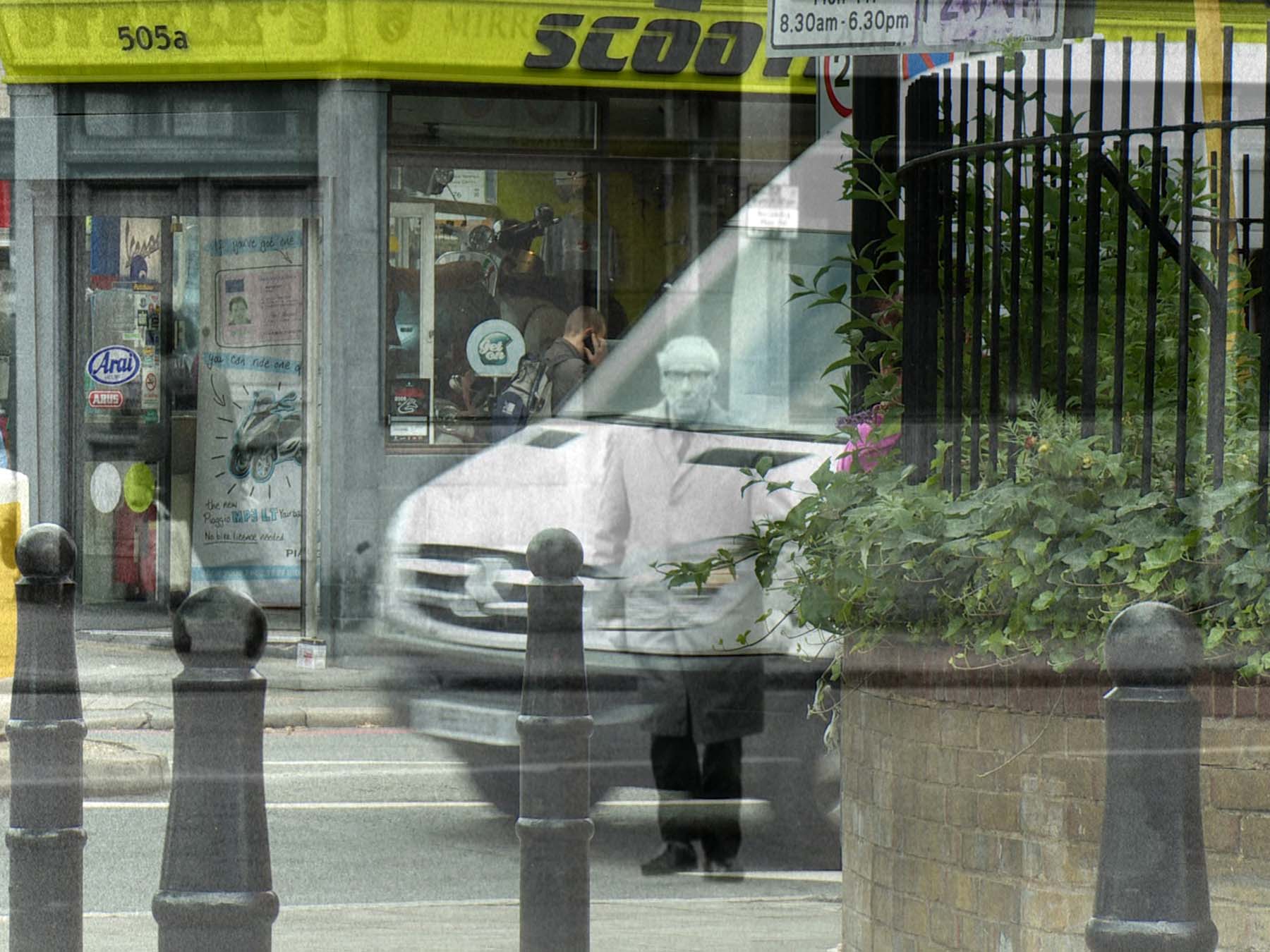 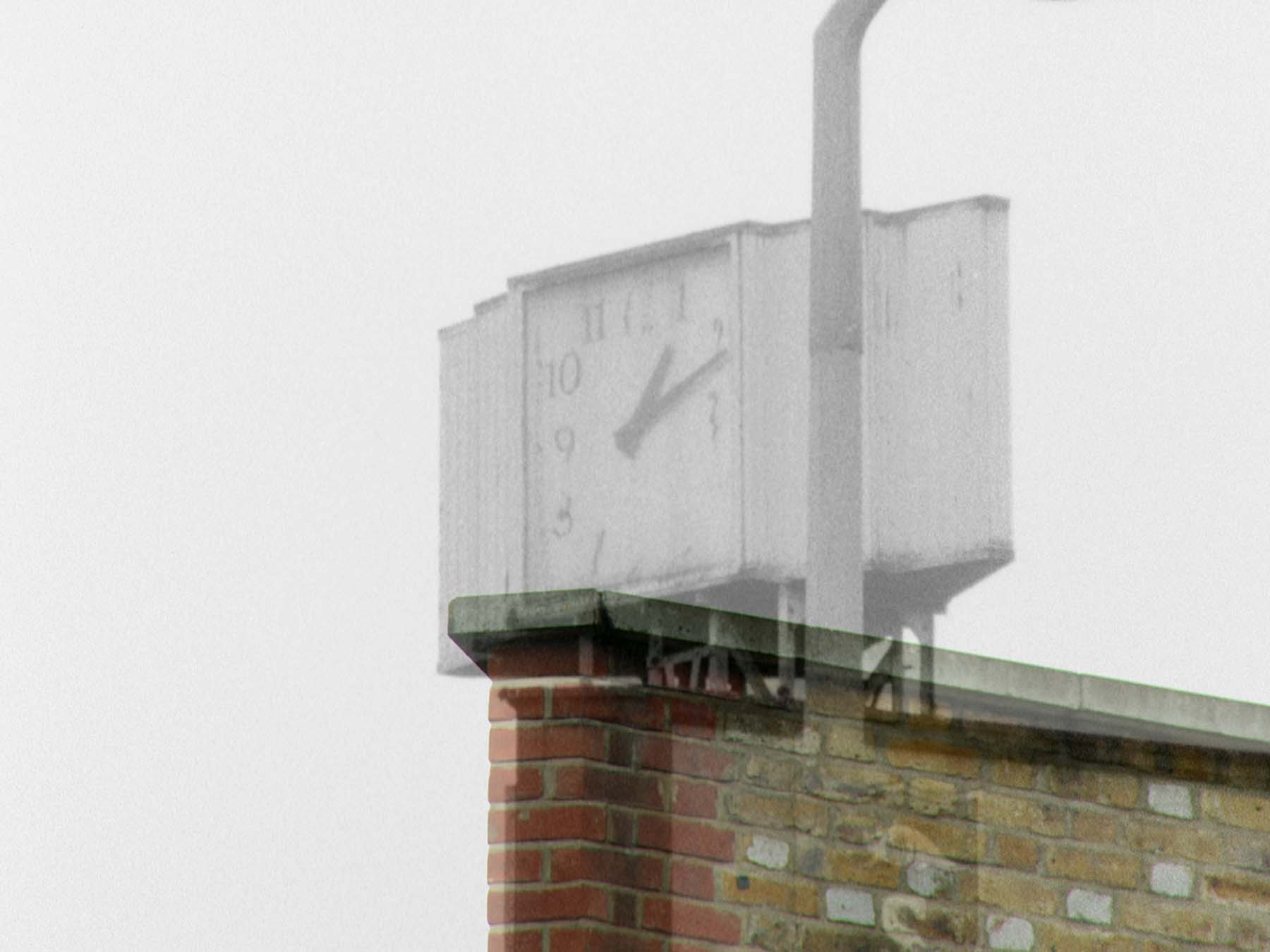 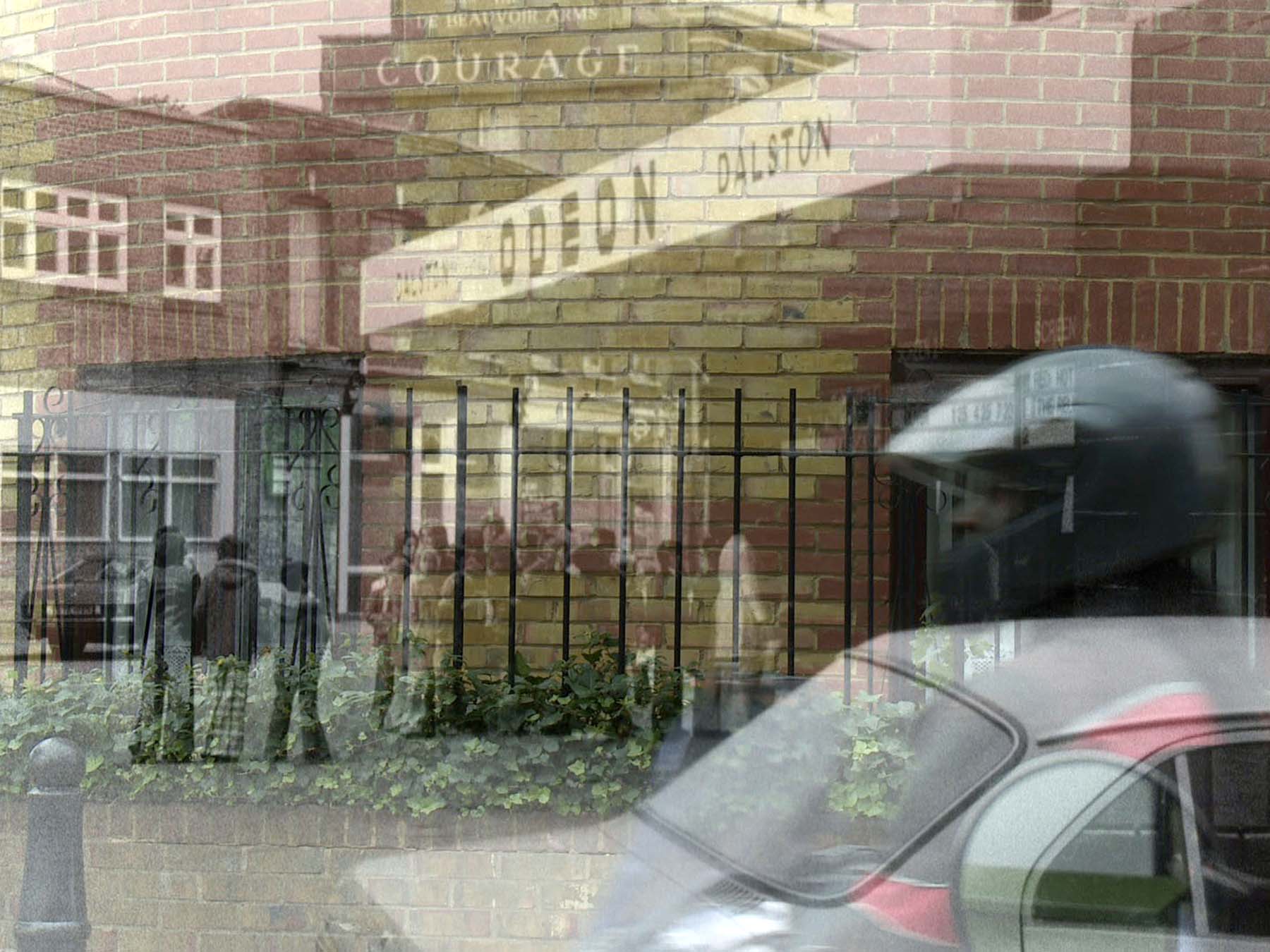 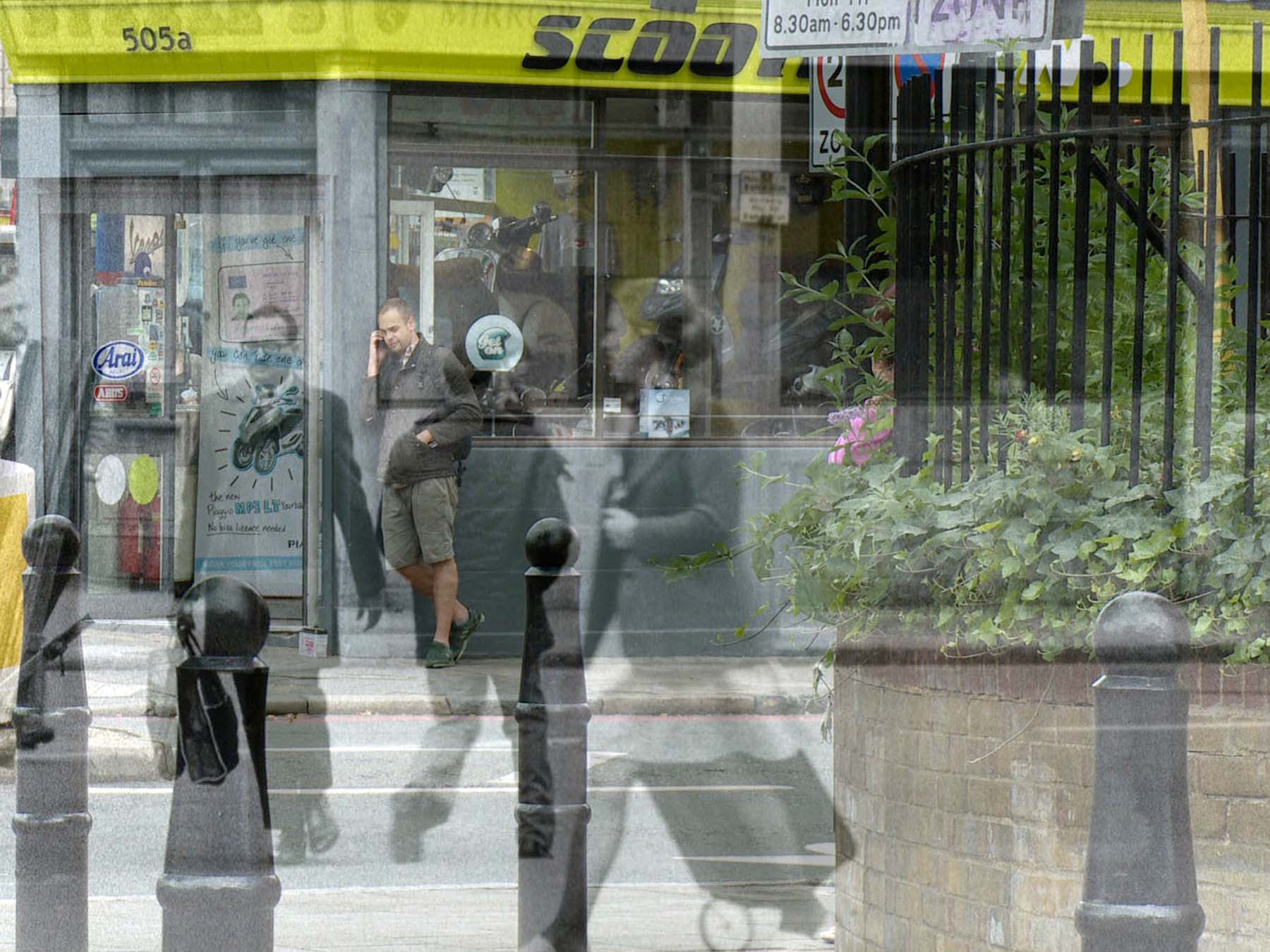 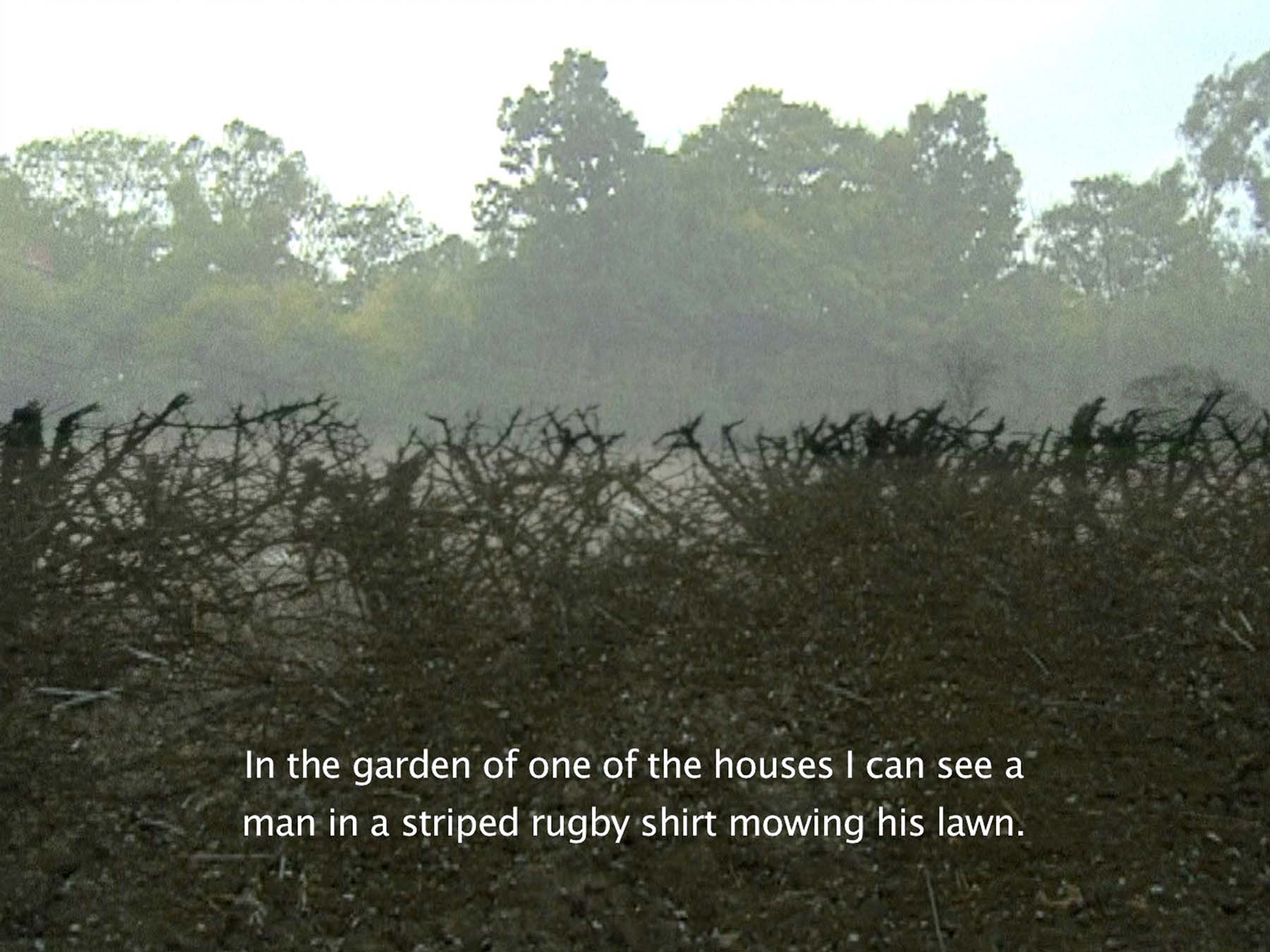