Filmed directly from the screen of a smartphone using a language translator app that has been told to translate from French into English, Steve Hates Fish deliberately confuses the software by instructing it to interpret the English signage in a busy London shopping street. In an environment overloaded with information the signs run riot as the restless software does its best to fulfil its task, looking for French words to translate in places where there are none.

“… Thrashing around hopelessly in its dictionary, the app’s stabs in the dark replace words on shopfronts and displays with some very wayward guesswork, before it faints completely and enters They Live territory, planting spurious nouns and verbs on blank concrete walls and pavements. The empire of signs is overthrown, its language of control scrambled beyond repair …”   Tim Hayes, Sight and Sound, September 2016

“Smith has long engaged with the concept of misunderstanding – be it ideological, political, linguistic, or misunderstanding that arises from subjective narration, filmic devices, and our relationship to the media that shape our view of the world. Smith’s latest video, Steve Hates Fish is an exploration in manufactured misunderstanding. By deliberately confusing the popular ‘Word Lens’ translator app for smartphones, which translates text in real time using the phone’s camera, Smith recasts the shop signs in his local neighbourhood as a bazaar of dada-ist plays-on-words. The jumpy, often useless jumble of words onscreen inspires a kind of empathy. Watching the app search its memory for a corresponding translation is somehow not far from the futility of trying to make heads or tails of signage in a country where one does not speak the language.”   Patrick Armstrong, ‘Sign Language’ press release, Tanya Leighton Gallery, Berlin

“… It is probably the funniest film he has made to date and definitely worth standing on a blustery street corner to experience. Shop signs produce surreal and subversive reconfigurations in mistranslations – it is as if Essex Road has come alive but is suffering from Tourette’s. I will never be able to walk past North London’s favourite fishmonger Steve Hatt again without recalling the shop sign ‘Fish Steve Hates’.”   Sophia Phoca, Art Monthly

An alternative version of this work (without titles, for seamless looping) is available for gallery installation. 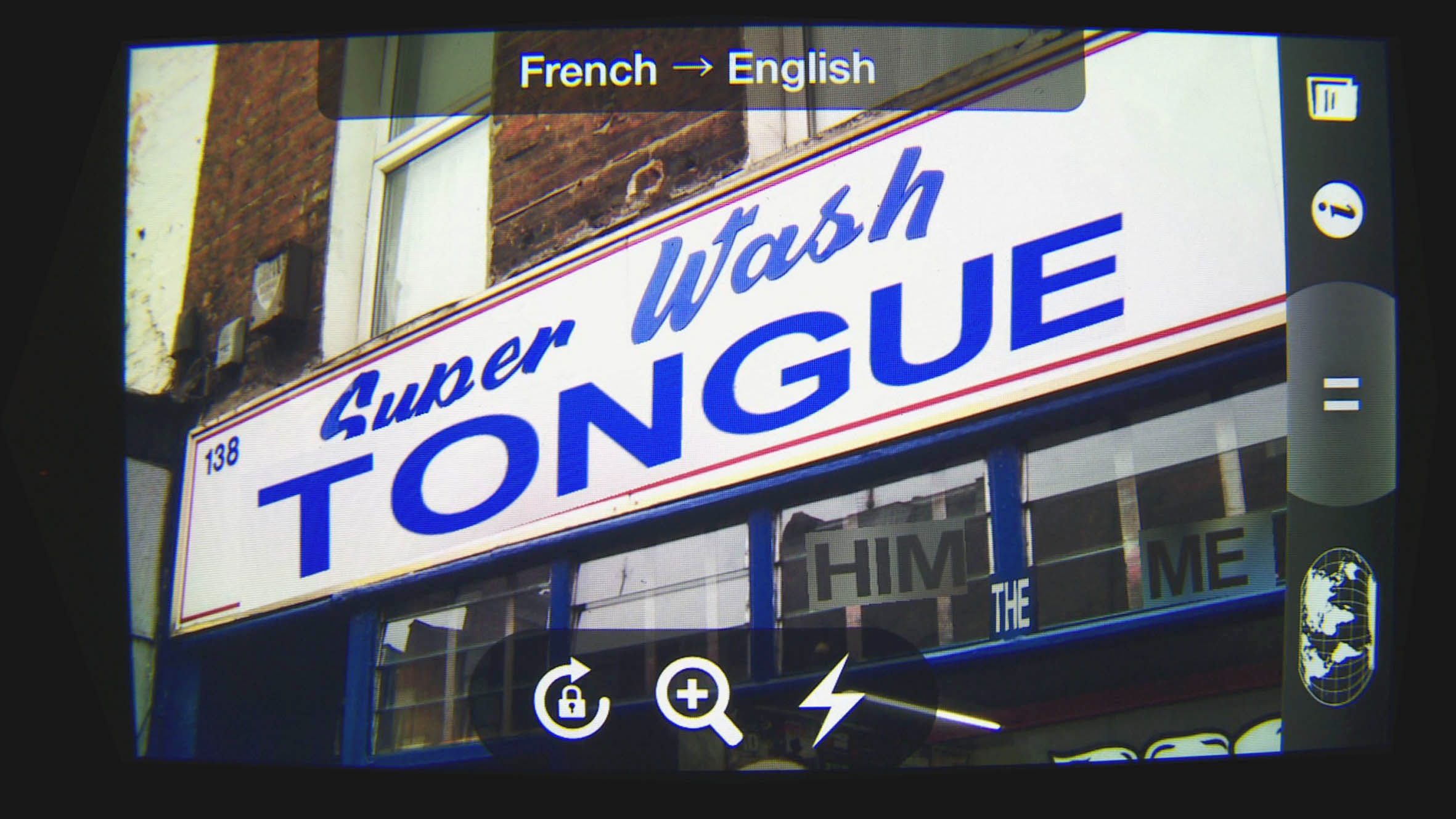 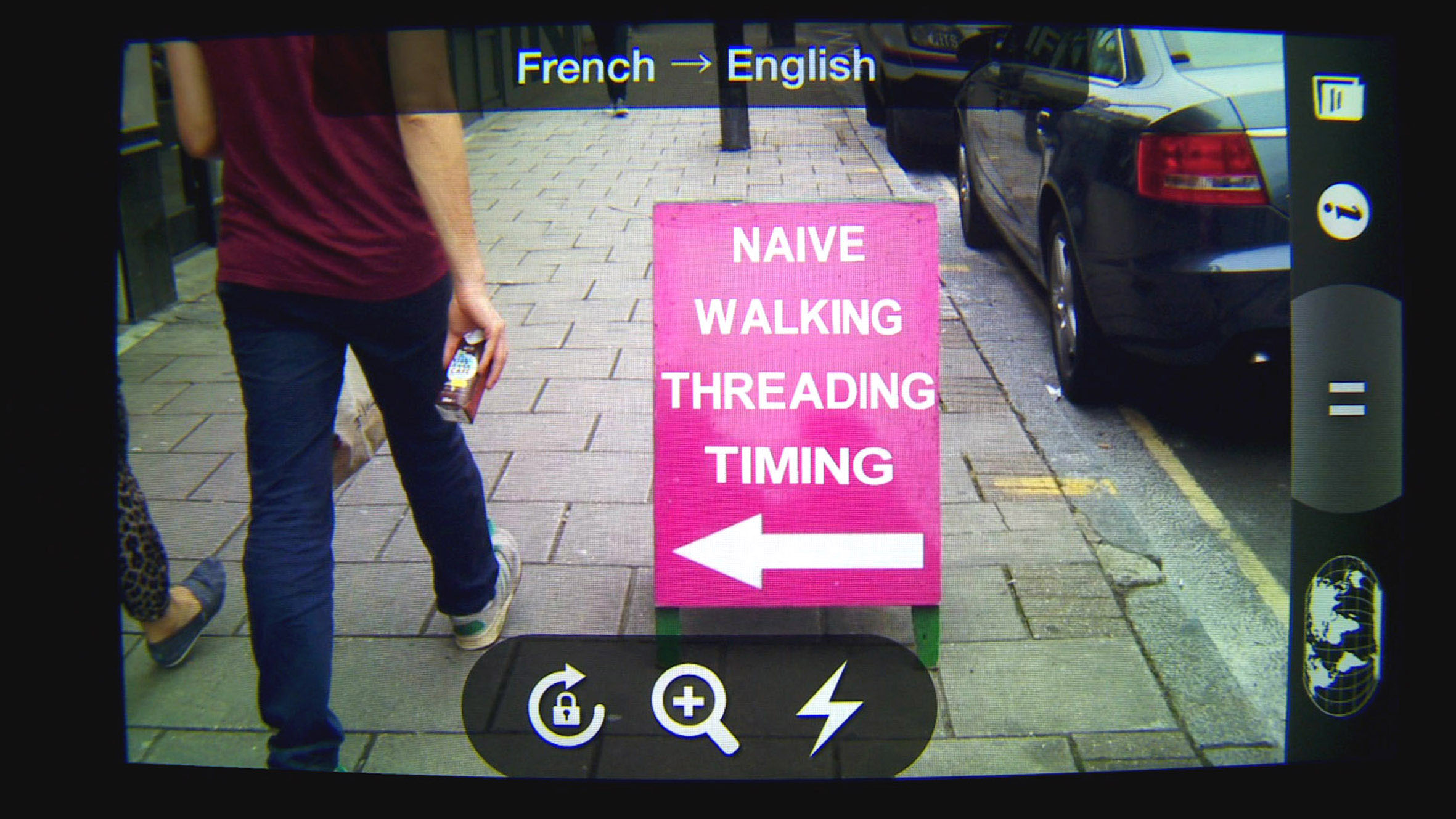 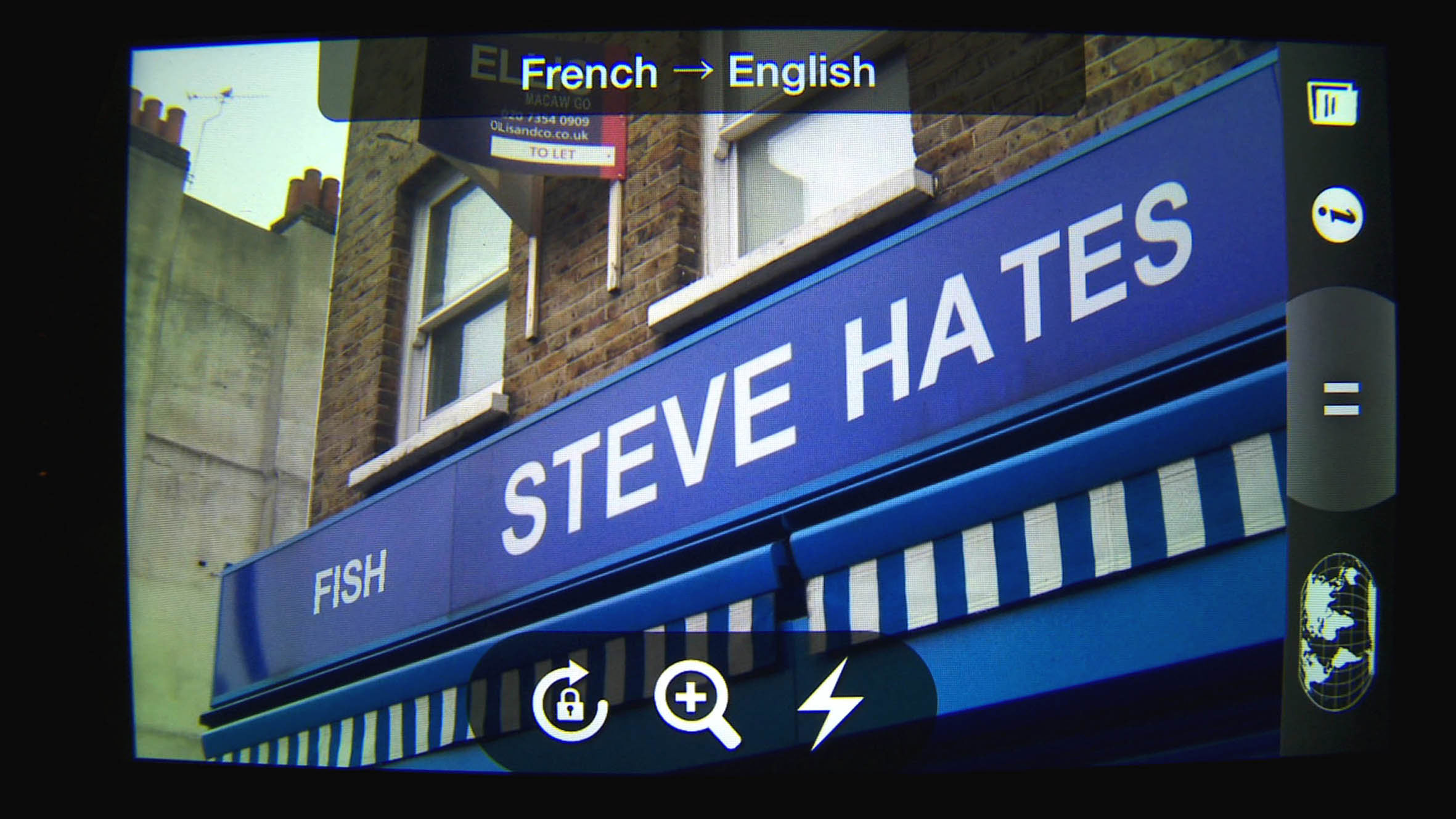 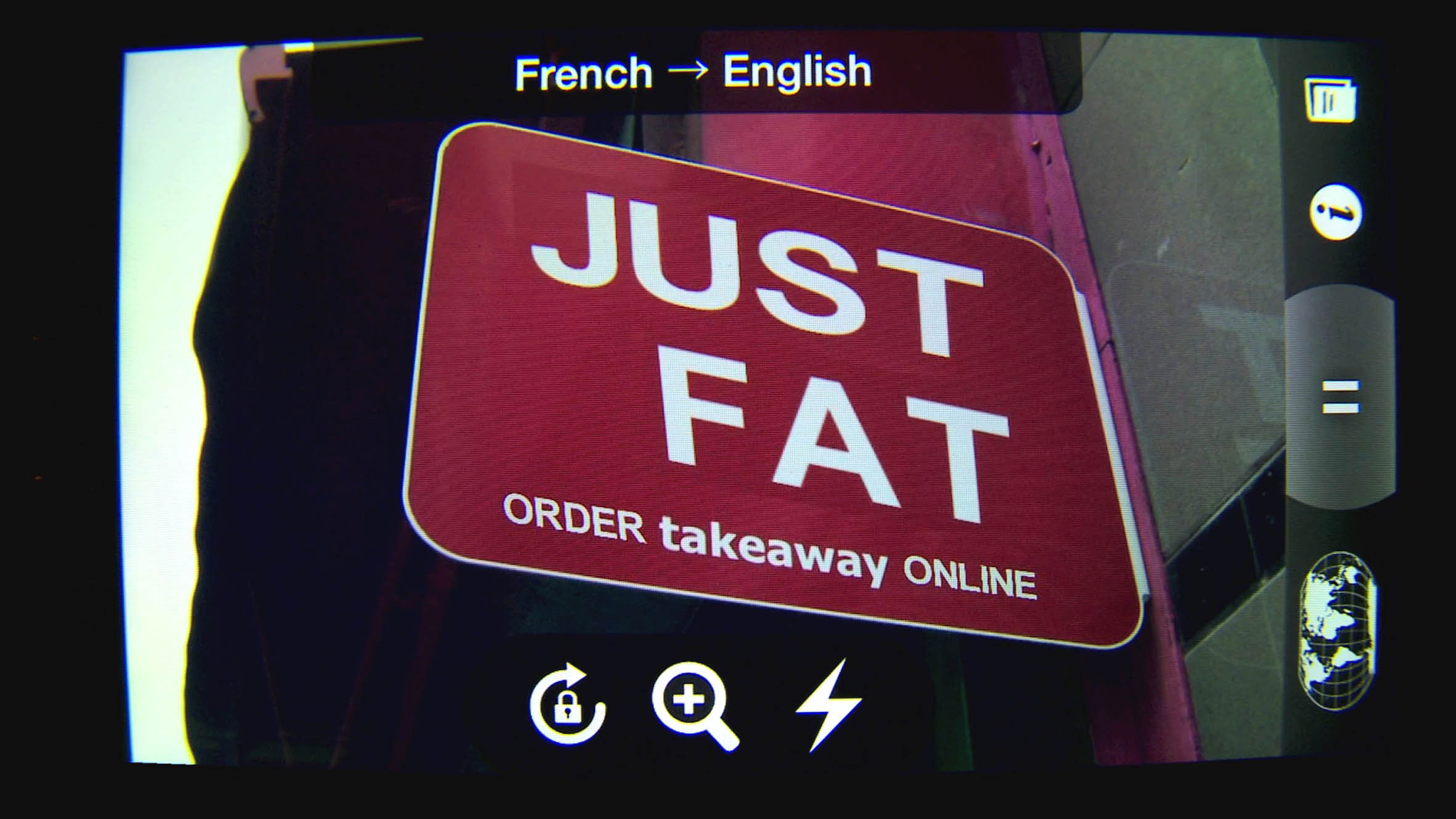