“Like many other film works made by British artists in the 1970s, The Girl Chewing Gum was made in ideological opposition to mainstream cinema. A primary aim of the film was to undermine its inherent illusionism, drawing attention to its own artifice (rather than the conventional practice of attempting to disguise it). The film draws attention to the cinematic apparatus by denying its existence, treating representation as an absolute reality in its own right. It achieves this by using a voice-over to subvert the reading of the image, marking the beginnings of my ongoing love/hate relationship with the power of the word.”   John Smith, 2007

“In The Girl Chewing Gum a commanding voice over appears to direct the action in a busy London street. As the instructions become more absurd and fantasised, we realise that the supposed director (not the shot) is fictional; he only describes – not prescribes – the events that take place before him. Smith embraced the ‘spectre of narrative’ (suppressed by structural film), to play word against picture and chance against order. Sharp and direct, the film anticipates the more elaborate scenarios to come; witty, many-layered, punning, but also seriously and poetically haunted by drama’s ineradicable ghost.”    A.L. Rees, A Directory of British Film & Video Artists, 1995

“In relinquishing the more subtle use of voice-over in television documentary, the film draws attention to the control and directional function of that practice: imposing, judging, creating an imaginary scene from a visual trace. This ‘Big Brother’ is not only looking at you but ordering you about as the viewer’s identification shifts from the people in the street to the camera eye overlooking the scene. The resultant voyeurism takes on an uncanny aspect as the blandness of the scene (shot in black and white on a grey day in Hackney) contrasts with the near ‘magical’ control identified with the voice. The most surprising effect is the ease with which representation and description turn into phantasm through the determining power of language.” Michael Maziere, Undercut magazine, 1984

“Alternately acting like a Gregory Crewdson style directorial photographer, a choreographer, a traffic cop, a scholar analyzing the random actions or attributes of anonymous pedestrians or an increasingly bizarre interpreter of the visible (or invisible) evidence (which at the end includes descriptions of a black bird with a nine foot wing span and a man with a helicopter in his pocket), the narrator is constantly intervening in what we see and hear, embellishing documentary records in ways that sometimes establish and more often stretch credibility. The girl chewing gum is elevated to significant iconography in this context; English words when read backward transform into Greek ones, and disembodied pronouncements fly (through electrical lines, of course) between the city and a field with cows 20 kilometers away. This film is the best antidote I’ve ever seen to the pretentious certitude of aesthetic interpretation and academic analysis. Susan Sontag, eat your heart out: I want every student I teach to see John Smith’s master work at least twice before picking up a camera or an art history textbook.”   Shelley Rice, Jeu de Paume magazine, 2012

“Smith takes the piss out of mainstream auteurist ego, but provides proof of the underground ethos: Even with meagre mechanical means, the artist can command the universe.”    Ed Halter, Village Voice, 2003 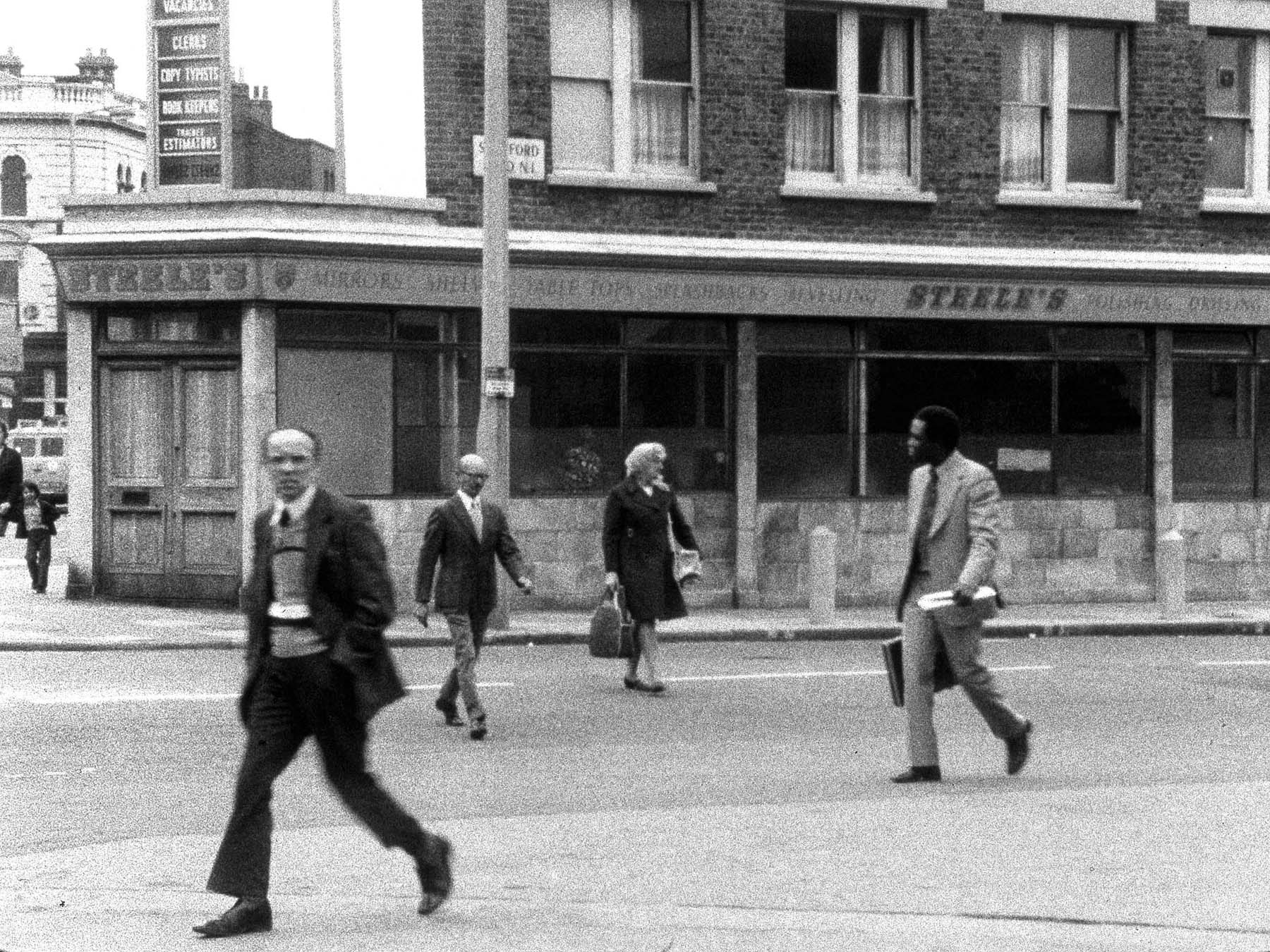 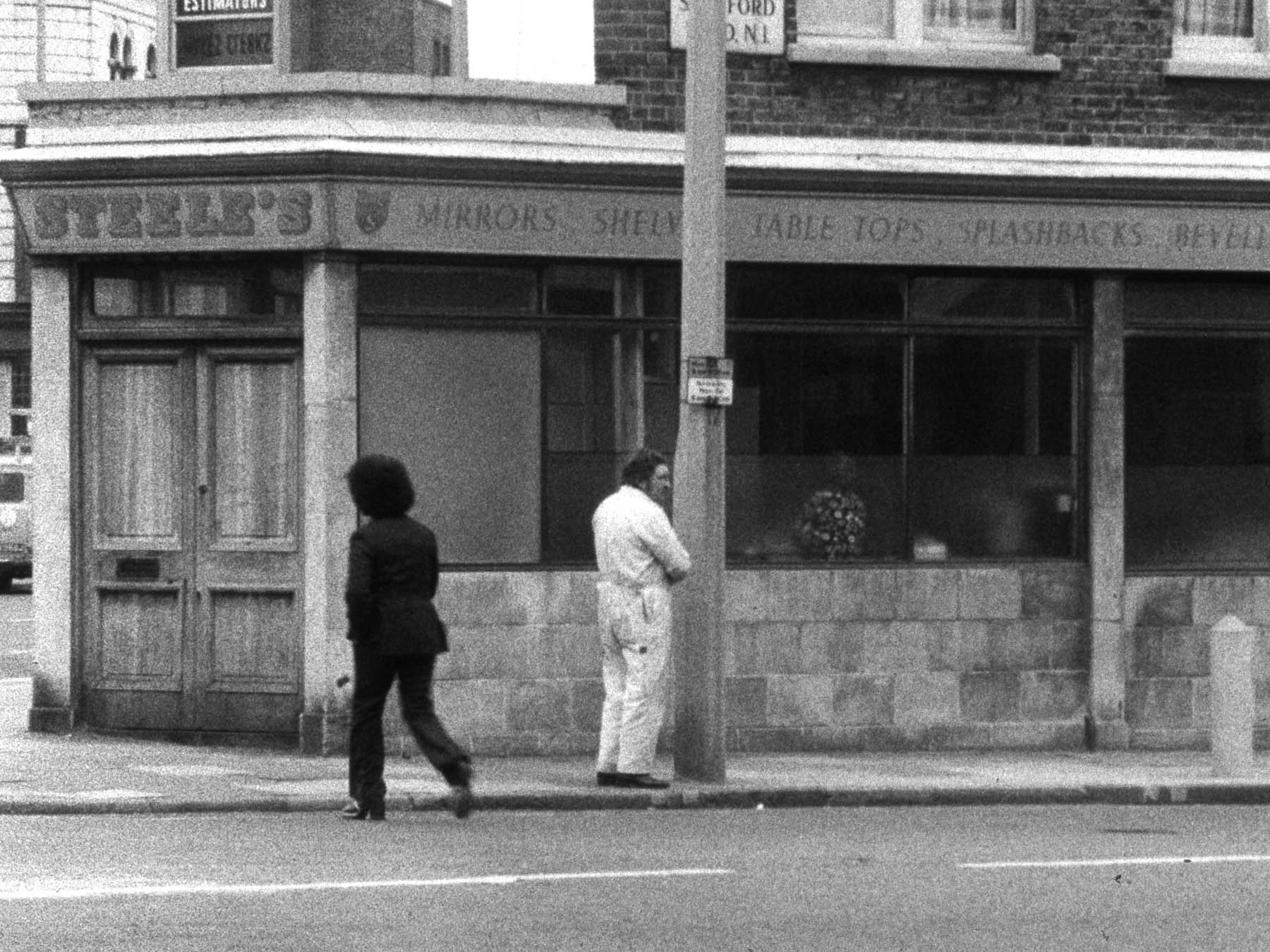 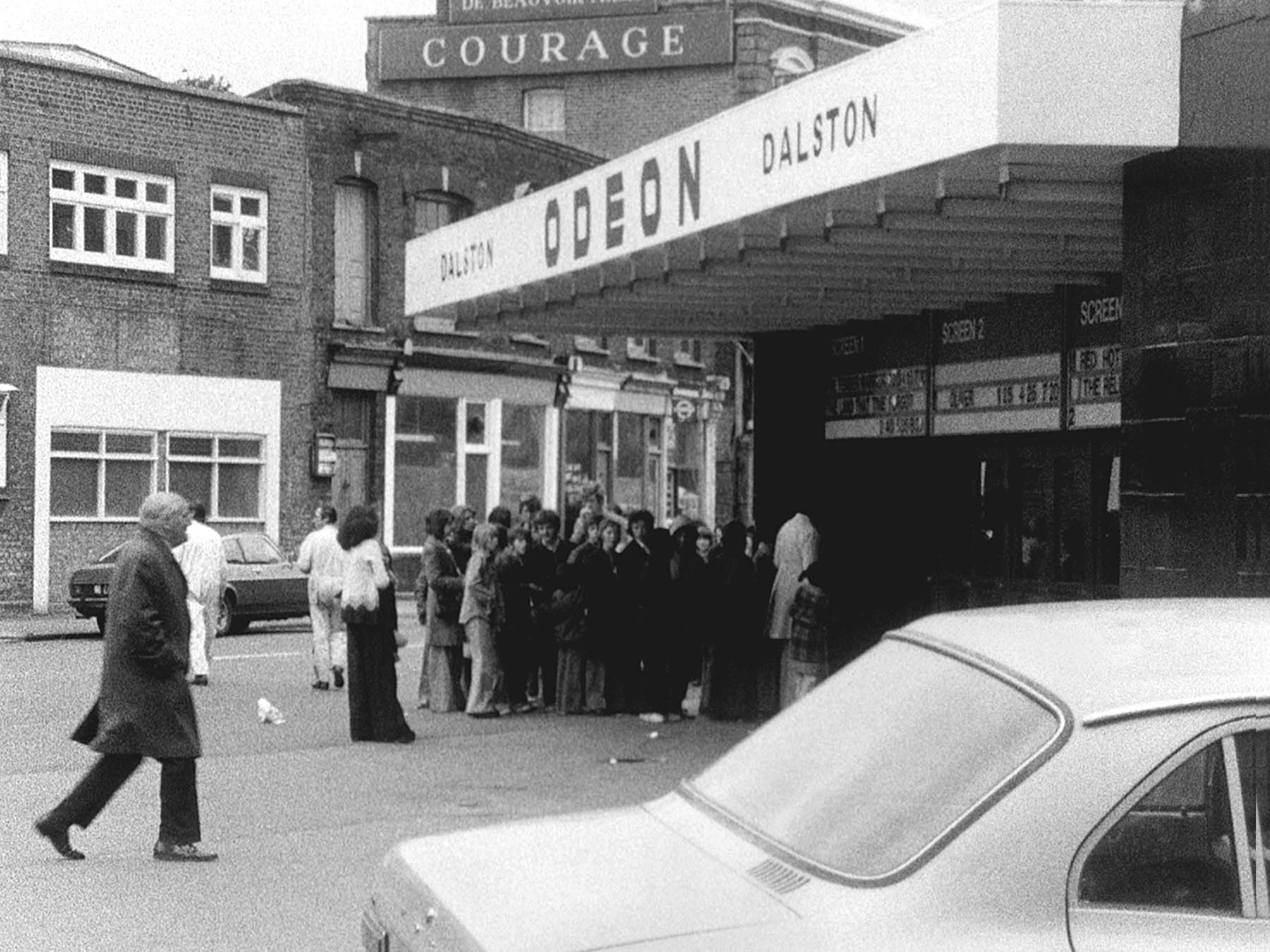 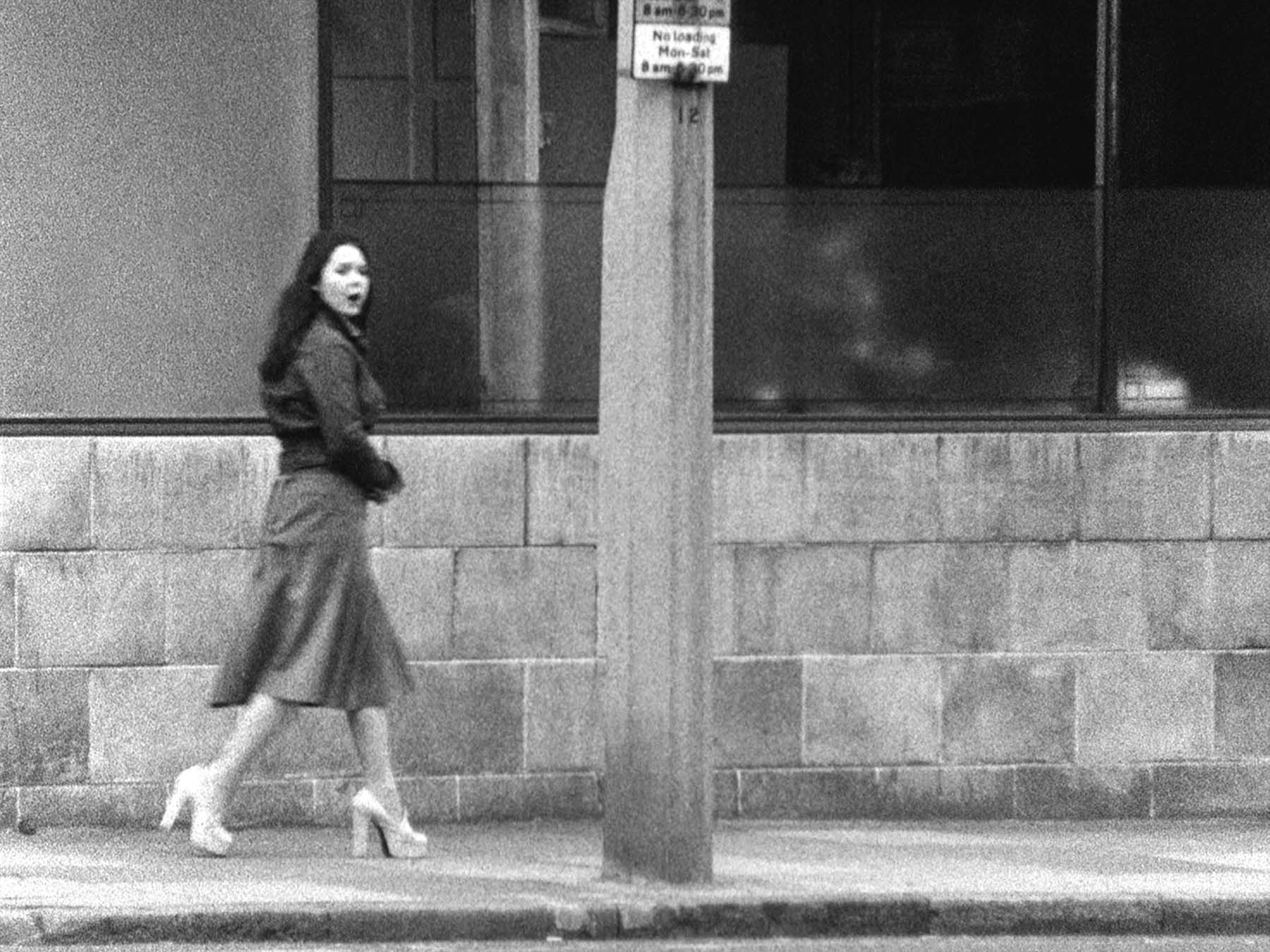 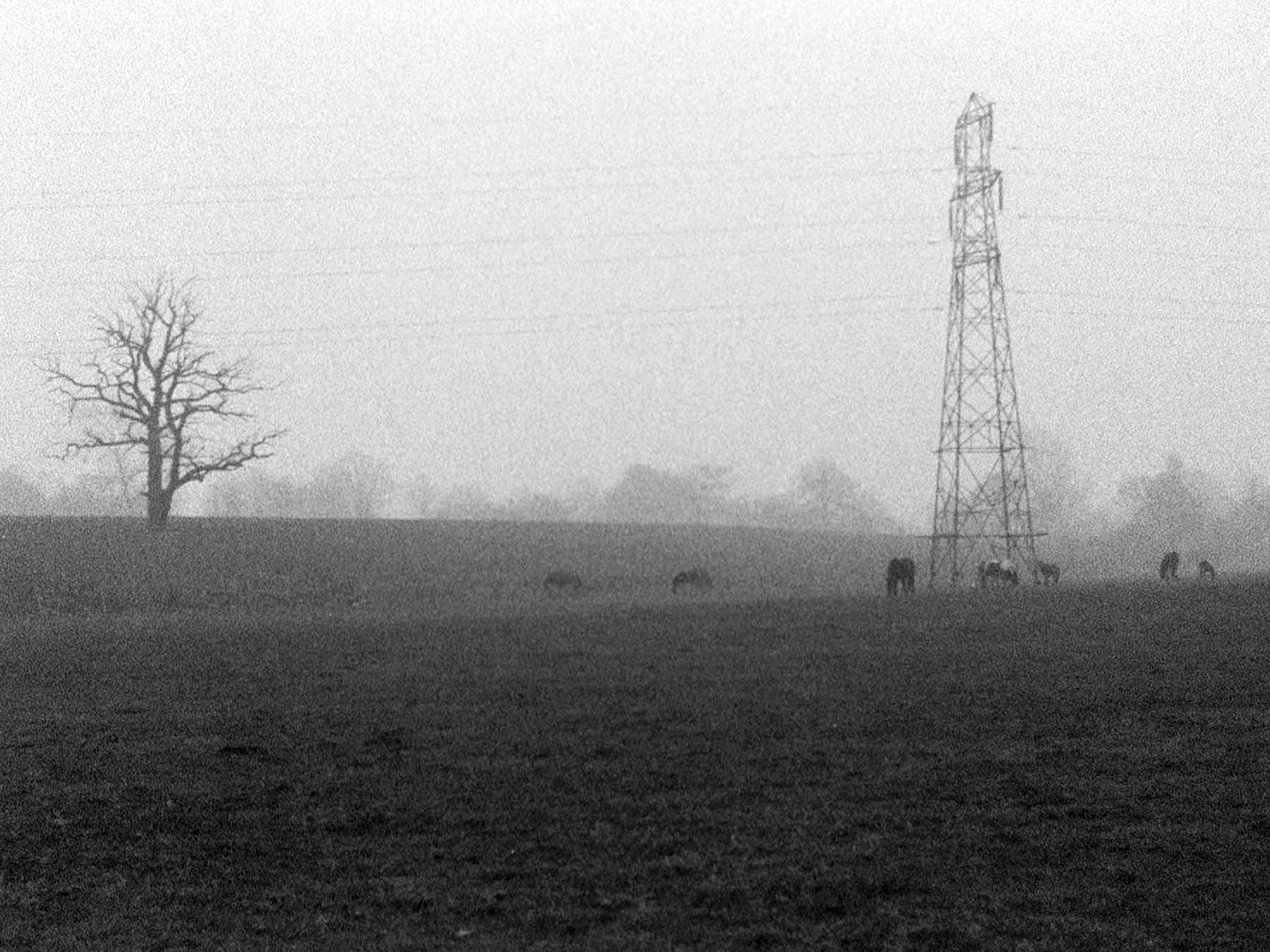